Coming on the heels of JCRF Fest in San Francisco of 2008, members of the Blue Agave Forum have talked about getting together to taste, talk, celebrate and debate arguably one of the greatest  tequilas ever bottled, Porfidio.  I say bottle and not produced because Porfidio bought their tequila from many different distilleries, but never really made it themselves.  At this event, we had at least 5 bottles with different NOM numbers on them, and some had no NOM numbers at all.  One thing about Porfidio, is that they only used stickers for their NOM numbers instead of printing it on their bottles.  They may have done this because they were never sure where the juice was coming from that they were going to be bottling.  Also, some of the stickers may have fallen off, but they may not have been placed on the bottles at all, as rumors have been bounced around that some of the juice came from destilado de agave distilleries in Jalisco.
Porfidio may have done some of their own aging, blending, and “other” stuff, but Porfidio Tequila was never made by Porfidio.  Yes, I know they have (or had) a distillery in Puerto Vallarta, but it looks more like it was run more as a live museum for tourists, than an actual facility.
Although you can still buy Porfidio, it is no longer a tequila, but rather an agave distillate and no one truly knows where it is produced, and the story behind the Porfidio name and all of its products make for a great soap opera. But that story is for another day.
I had been really looking forward to this exclusive event for quite a while as I had not spent much time with any of the Porfidio products mostly due to the fact that in the 5 years since I delved more into tequila, finding a “real” Profidio was not easy and was also costly on the pocket book. And Since I had started off as a blanco drinker, I was not in a hurry to taste what many consider to be, the “King of all Tequilas” – Porfidio Single Barrel Añejo (SBA). Since I had a strong background with blanco and reposado tequilas, I know I was ready to learning more about añejos and extra añejos about a year and a half ago. Since that time my palate has grown by leaps and bounds and not its time to learn more about the elusive line of tequilas from Porfidio.
Held in ,  on June 5-6, 2009, Porfidio Fest brought together 7 tequila aficionados and collectors from across the , to taste more than 30 different Porfidio tequilas.  I did not get to taste all of them, but I did take notes on a few of them.  What I did conclude at this event was that Porfidio was a good tequila – yes I know it was life changing for many drinkers out there, but that was a long time ago when the tequila category was pretty limited, and the knowledge even less.  It was also what I would consider to be the first
Note; not all "tequilas" with tasting notes are pictured, but all of these were opened and tasted at Porfidio Fest.  Tasting notes are listed in order of how they were tasted.
DAY 1 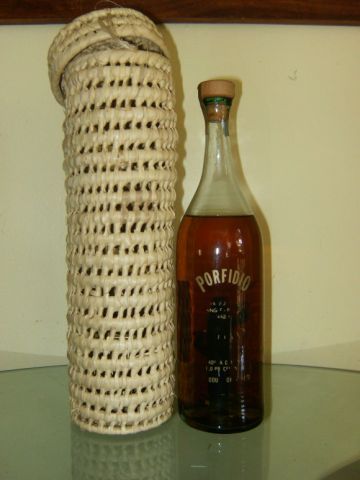 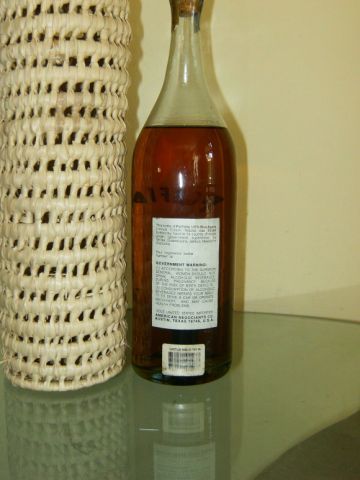 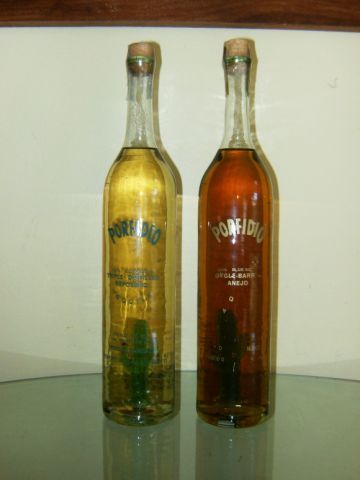 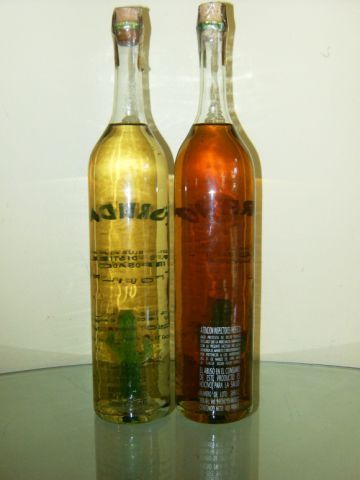 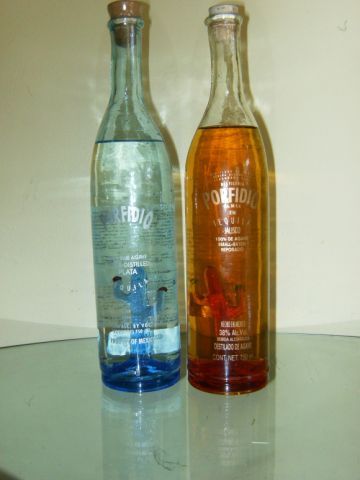 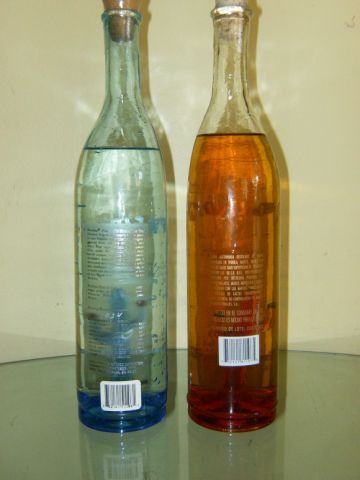 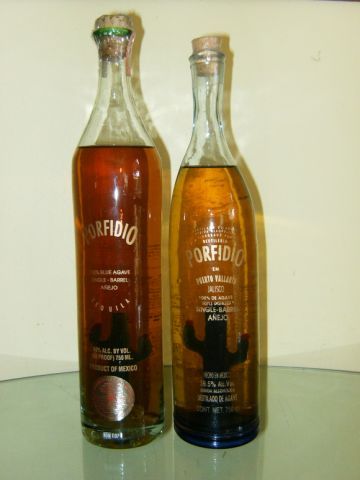 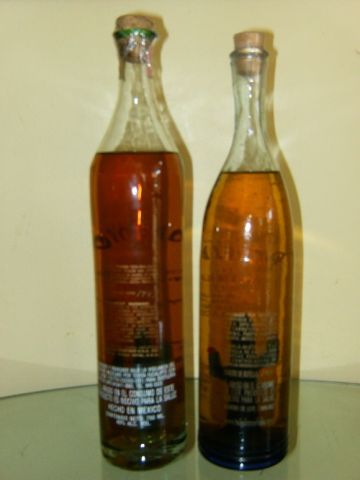 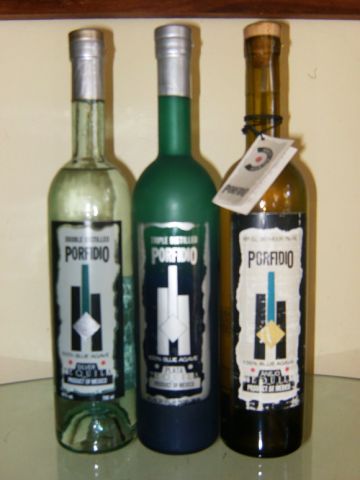 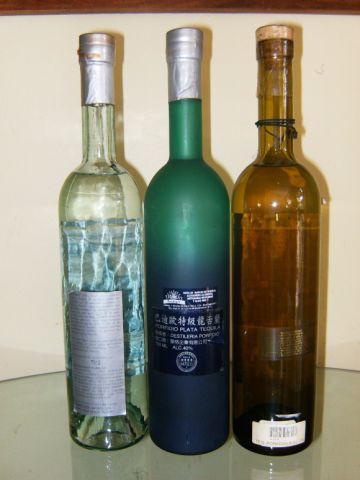 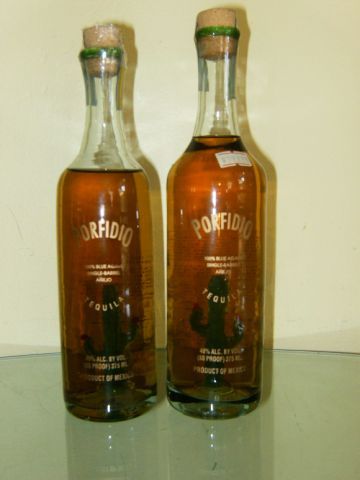 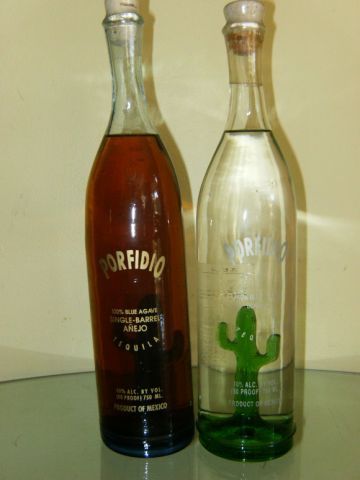 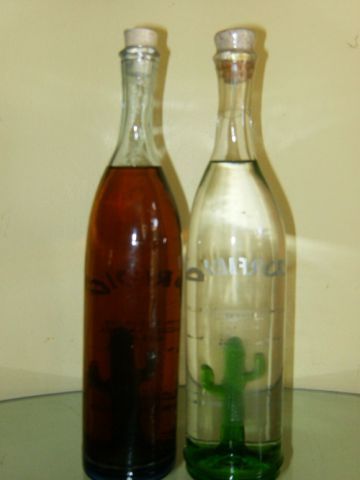 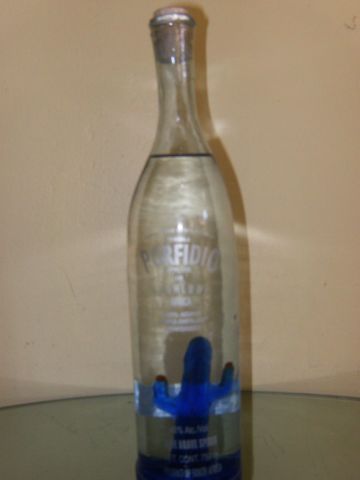 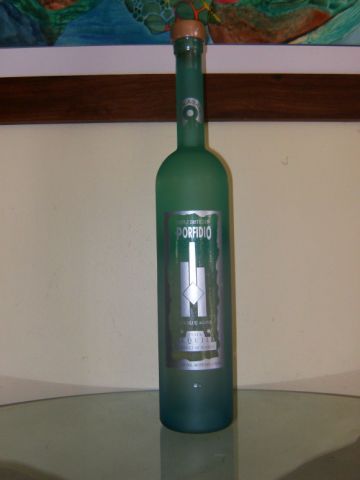 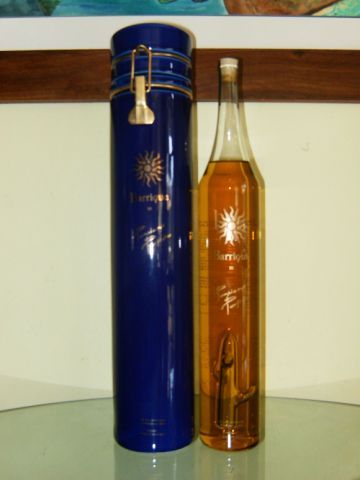 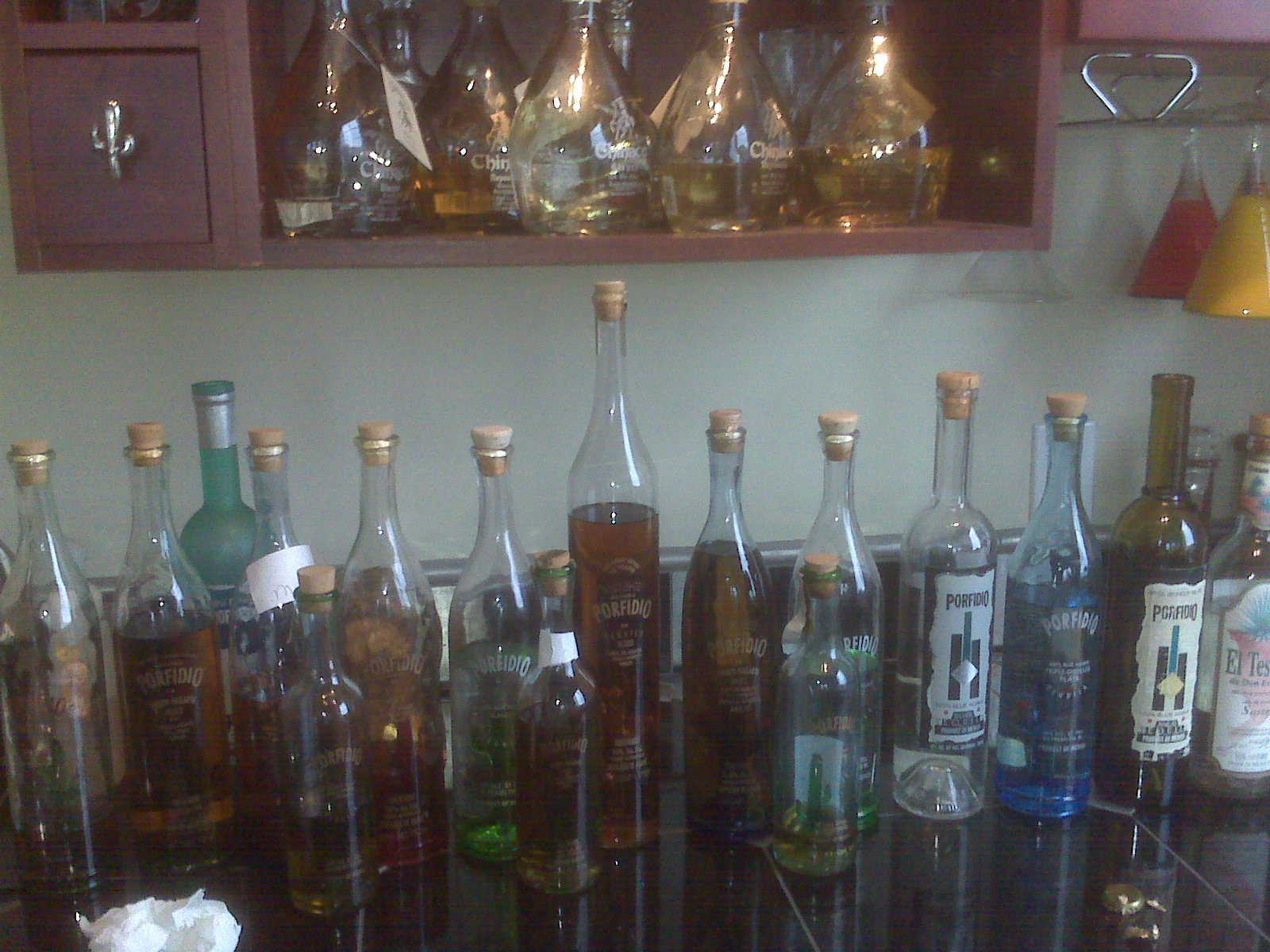 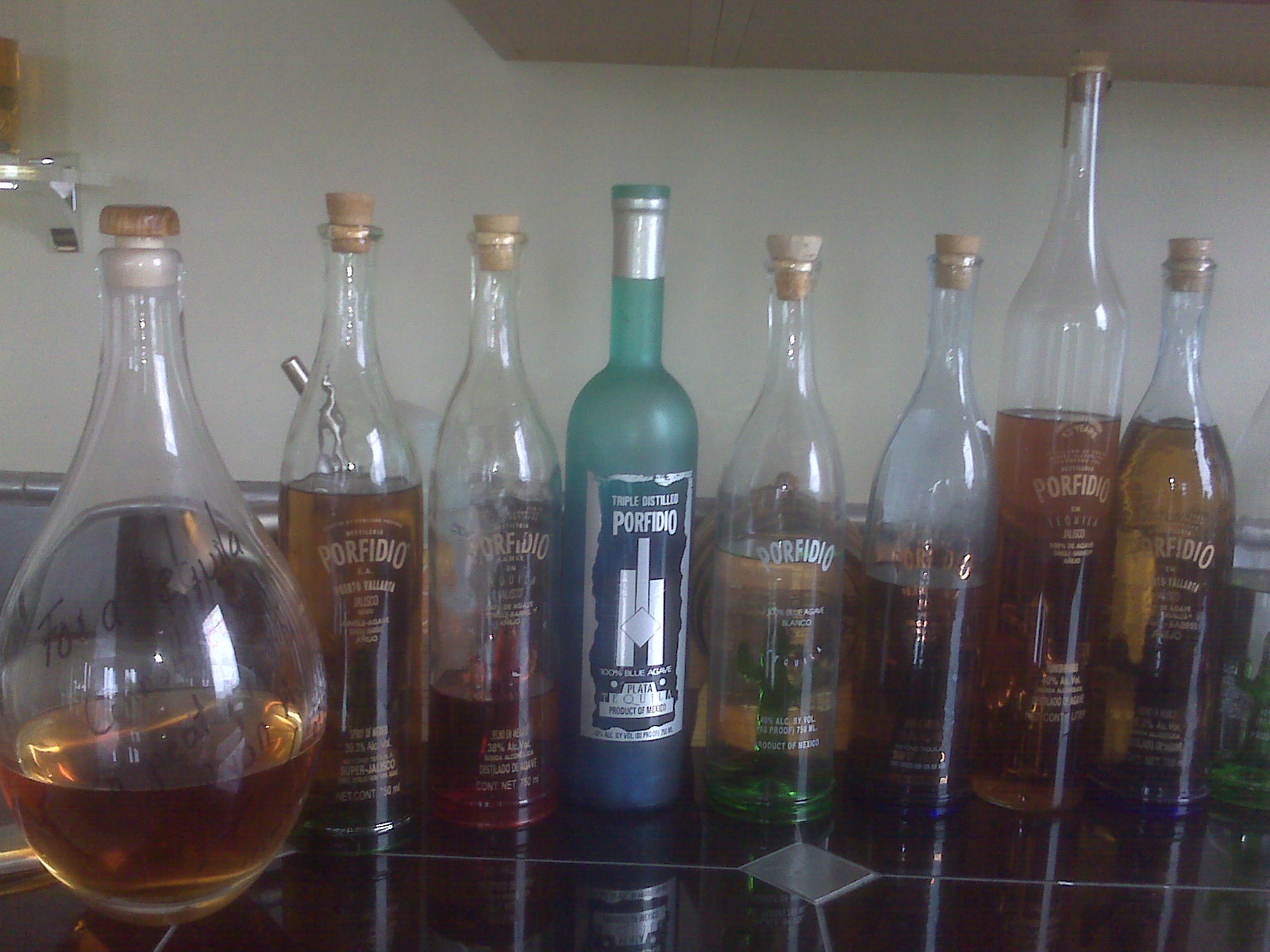 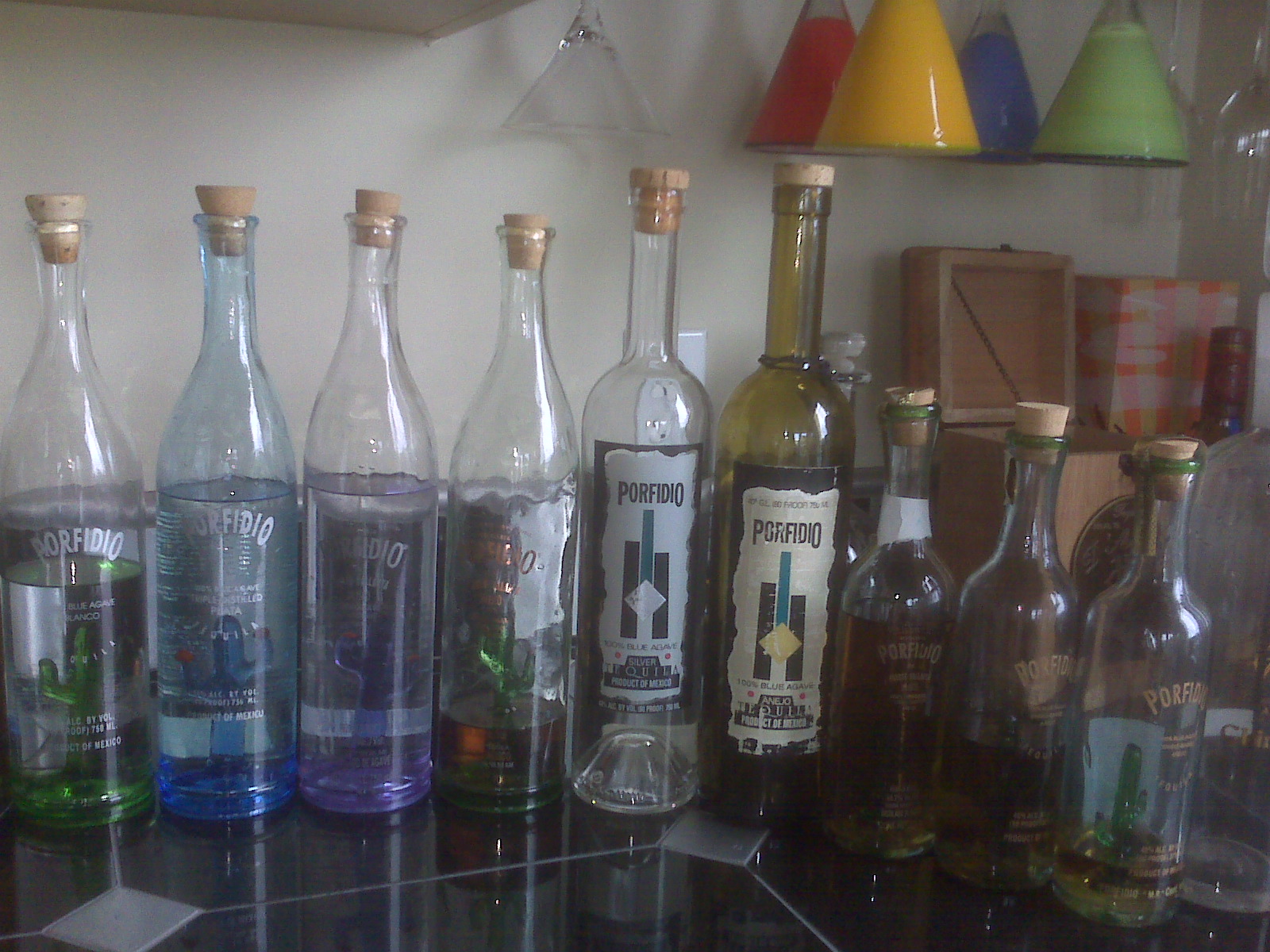 So you may be asking..."what do you mean by 'funk'"?  I use the term "funk" with agave spirits for when something does not taste right.  Either shortcuts were made, manipulation of the product was done by using additives and flavorings, or the product has been corked, or a combination of all 3.
By the time this event was over, there were 4 bottles that I really dug; Silver Japan import, Red Cactus Añejo, SBA 375 NOM 1141, and the 2 year añejo NOM 846.
Posted by 45 at 12:12 PM