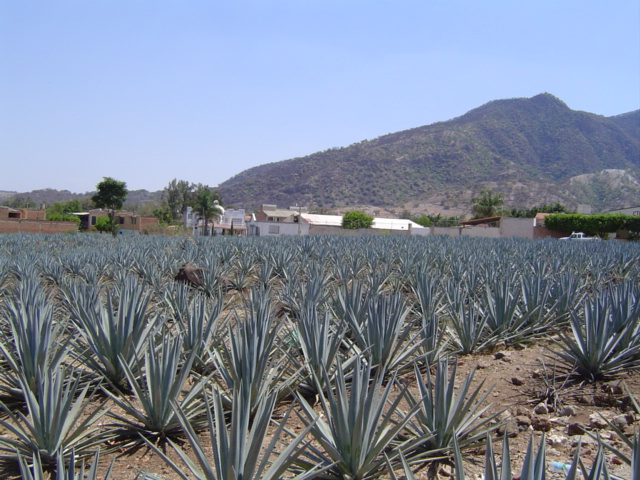 Like with wines, there is terroir in Tequila.  This picture shows the dry volcanic soil  of the  Tequila Valle.  This area is north-west of Guadalajara, and Tequilas that are made with agaves from this region typically have herbal, floral, and or vegetal notes. 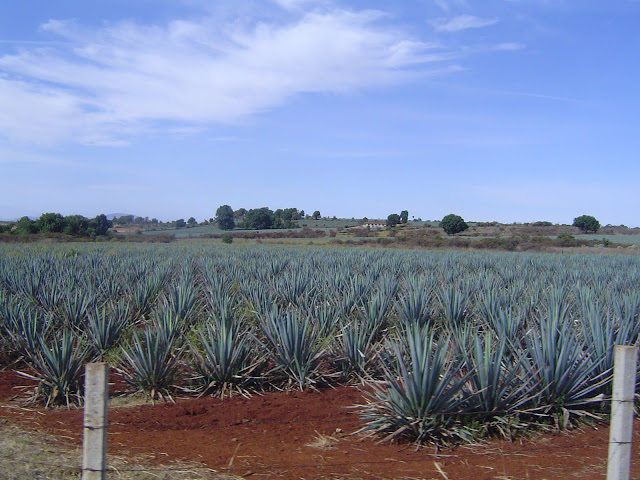 To the east and north of Guadalajara, is the region called Los Altos de Jalisco.  The red soil  helps to produce Tequilas with earth and fruit tones and a touch of sweetness. 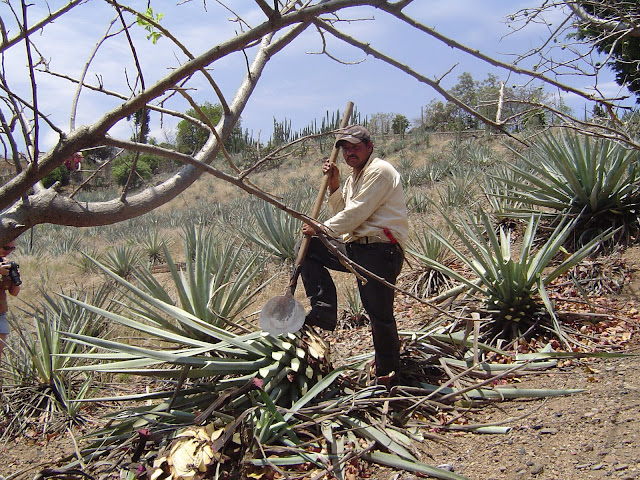 Harvesting of the agave is all done by hand.  This guy is called a Jimador.  His job is to tend to the fields, keep the agave healthy and primed during the 7-12 years it takes before the agave are ready for harvest.  Once the agave is ready, he uses a coa (which is a sharp tool) to remove the pencas (sharp thorny leaves), and then loads the agave into a truck, by hand.  The agave can weigh as much as 100 pounds and net about 8 liters of tequila. 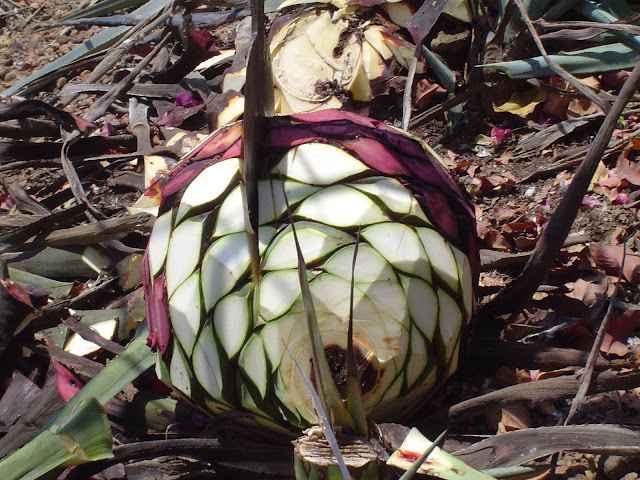 While a brown banana is soft and ugly looking, it is very ripe, has lots of sugar and is perfect for baking., and the agave is very similar.  The red spots you see above indicate the ripeness of the agave. 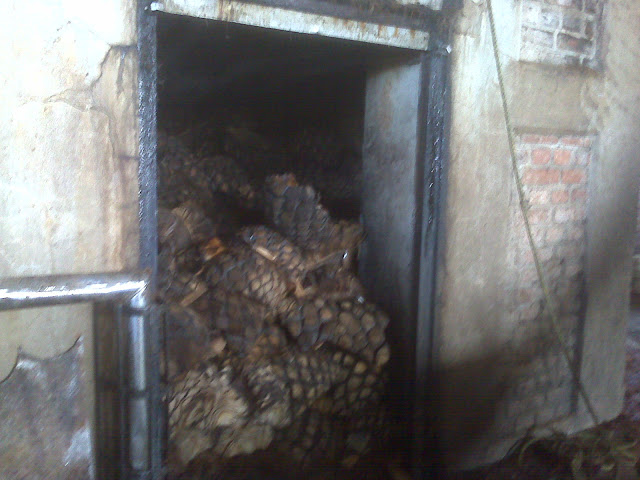 Just as there are many ways to cook a good piece of meat, the agave can be cooked one of three ways.  This is the traditional brick oven.  It steam cooks the agave longer at a lower temperature and helps to impart an earthy element to the Tequila. 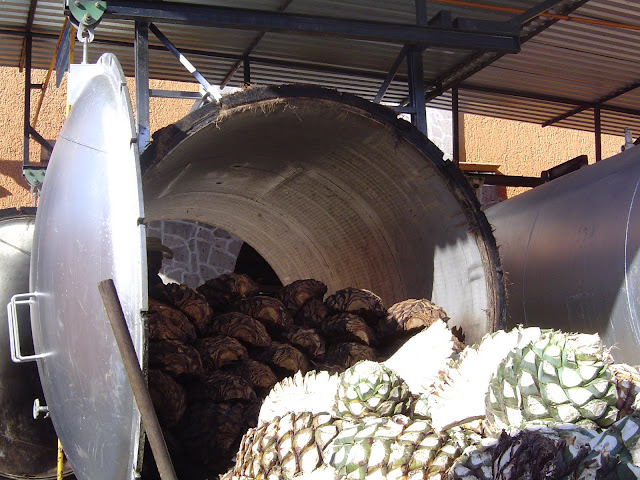 This is the autoclave.  It is a large stainless steel oven that steam cooks the agave at a higher, faster rate than that of the brick oven, but it usually will impart a "cleaner" flavor to the Tequila.  The third kind of cooking method is called a difusor. It is basically like a microwave, and thats all I'll say about the difusor for now - hahaha! 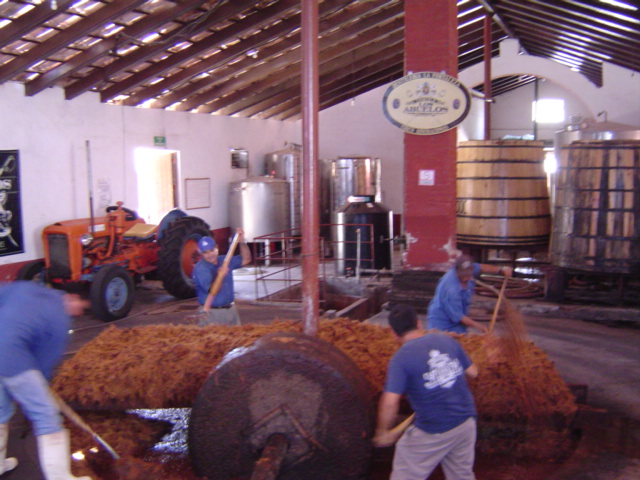 After the agave has been cooked, the aguamiel (honey water) is extracted.  This shows the very traditional method called the Tahona.  A very large stone wheel that weighs about 2 tons is used to squeeze the nectar out of the agave.  It is a very slow process that is all done by hand. 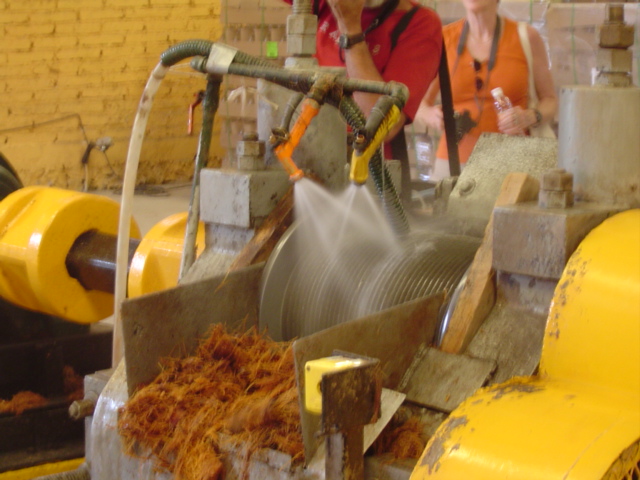 This is the much more efficient, modern shredder.  What takes hours for the Tahona to do, happens in just a few minutes here. 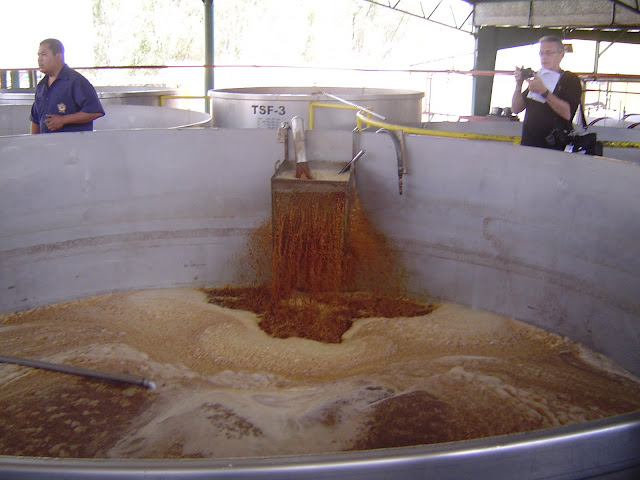 Once the aguamiel is ready, it is sent to the fermentation tanks, where it will ferment from 2-10 days, or more. 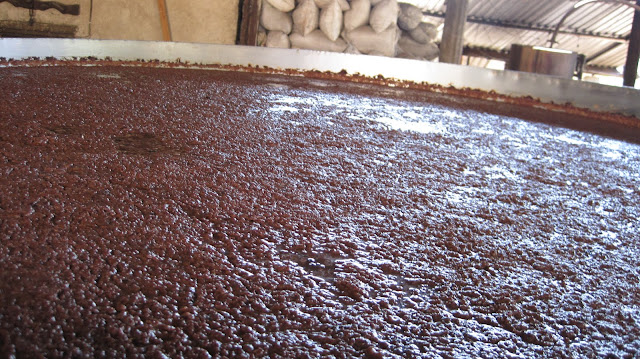 Once fermentation is complete is is called musto muerto. At this point it musty and slightly bitter and has an  alcohol content of about 6%.  If someone where to make a beer from agave, this is what they would have. 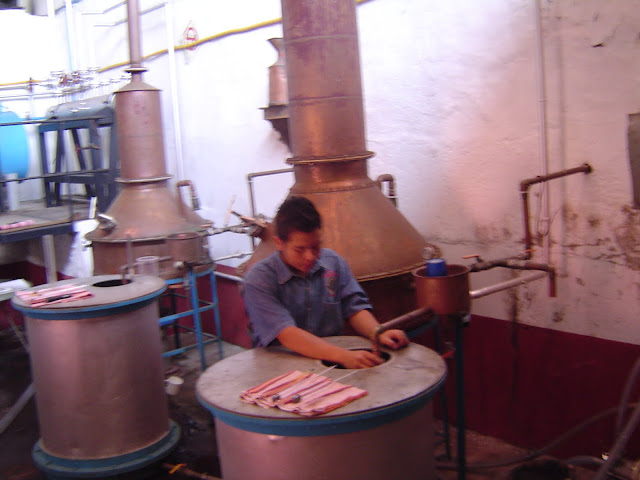 Tequila has to be distilled 2x by law.  There are other brands out there that do distill more than that, but to me, extra distillations don't necessarily make for a better tequila. 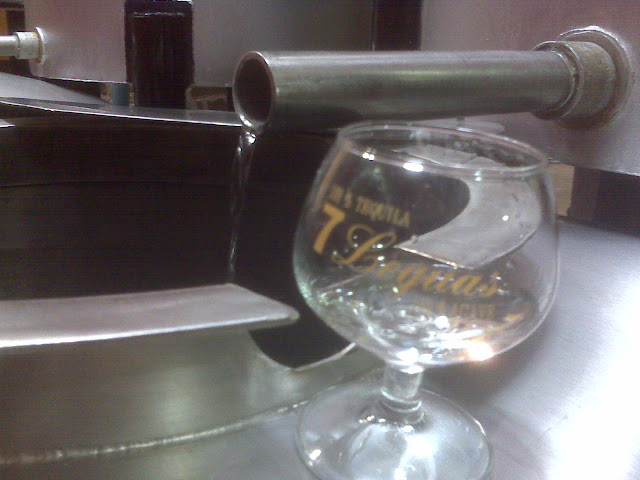 Tequila is usually distilled between 55-65% alcohol, and when a distillery takes their time in production to go slow and not take any short cuts, the product that comes out of the still, is some of the most beautiful tequila I have ever tasted! 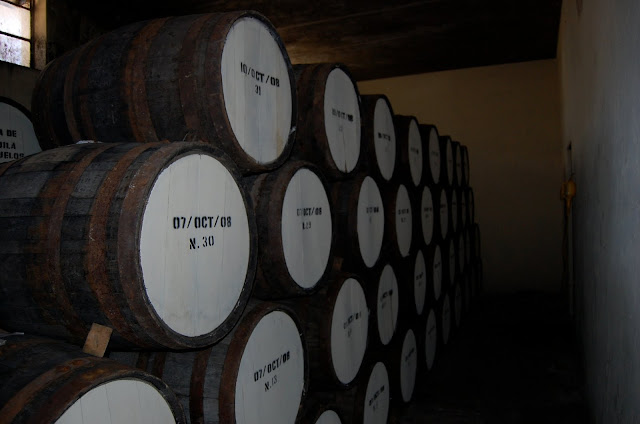 Unlike a whiskey or brandy, the aging of a Tequila does not make it better per se, just different.  The wonderful thing about Tequila is that when it is unaged, it has a lot of flavor and characteristics. But if you wnat to round off the edges, mellow it out and add some other elements, you put it in a barrel.  Reposado is a Tequila that has been aged in oak barrels for 2 months up to 364 days.  Once it has been in the barrel for a year it becomes an Añejo.  After 3 years, its an Extra Añejo - but due to a ridiculous CRT Law, bottles that are Extra Añejo can not state how long they have been aged for, and that is why you will find  bottles that will say añejo, 5 years, for example. Aging is done in a variety of oak barrels, but mostly used American whiskey barrels.  There are a few brands out there that are having a lot of success with French oak, used Sherry and Port barrels, as well as new American oak.   Each typle of barrel and the kind of char it has imparts a different taste into the Tequila 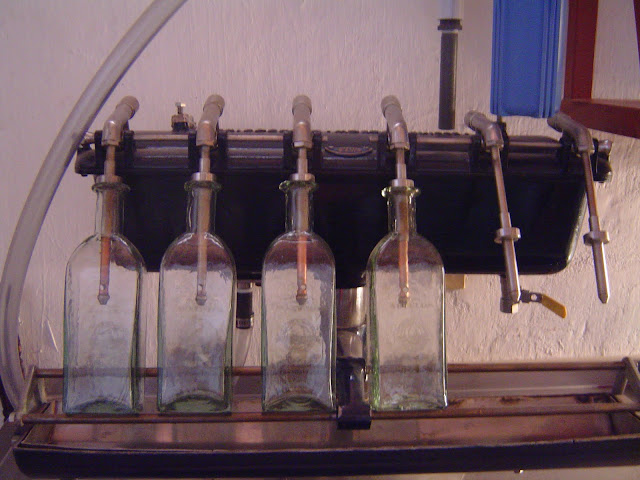 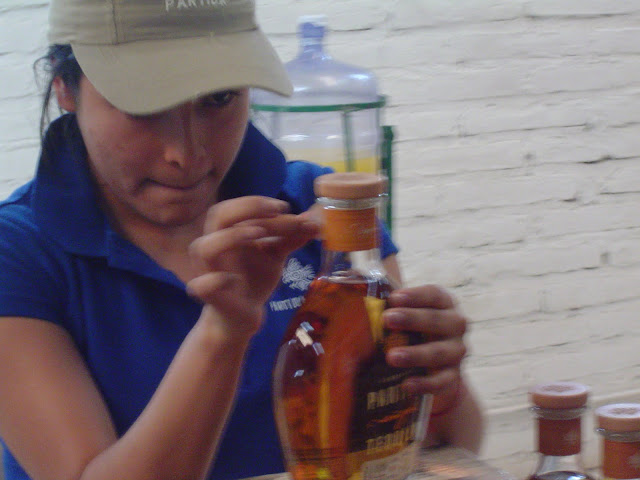 and the labeling , a few at a time. 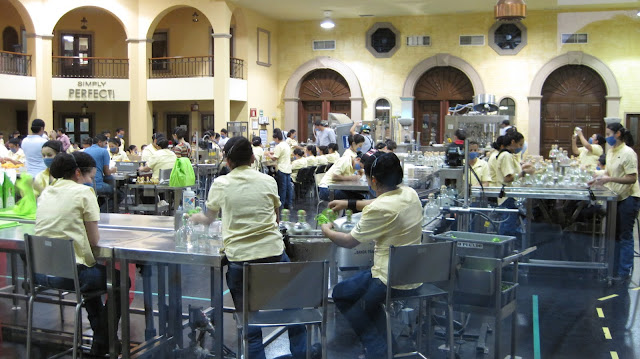 While some are pumping out the product and have machines fill the bottles and 100 employees to label them.